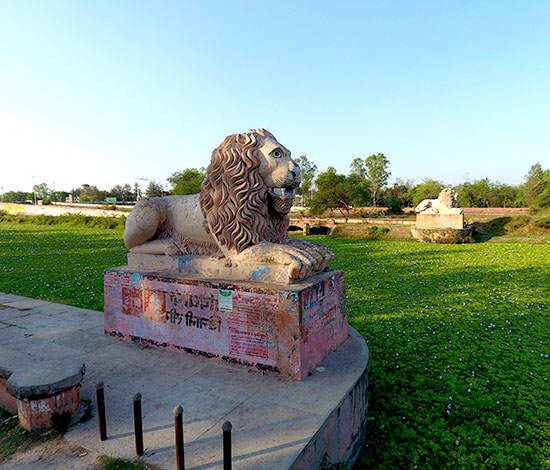 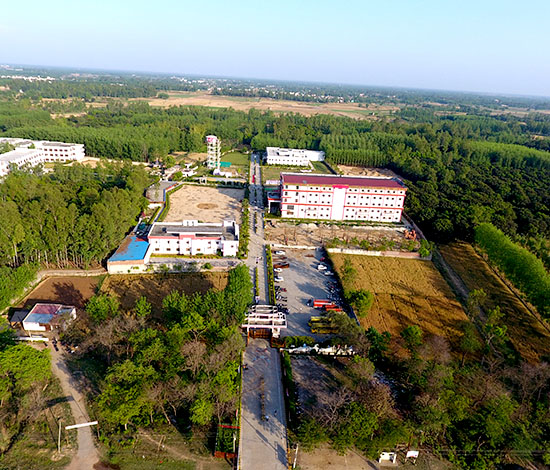 Uttarakhand formerly known as Uttaranchal, is a state in the northern part of India. It is often referred to as the “Land of the Gods”Devbhoomi Uttarakhand due to the many holy Hindu temples and pilgrimage centers found throughout the state. Char Dham is referred to the four most holy Hindu pilgrimage of India nestled in Indian Himalayas of Uttarakhand state of India. Yamunotri, Gangotri, Sri Kedarnathji and Sri Badrinathji, collectively referred to as the Char Dham (four pilgrimage centers) of Hinduism, these four sites are the epicenter of religious activity in north India and important shrine for Hindus. These have been the most important Hindu pilgrimage centers which have been visited by devout Hindus for ages. Yamunatri, the source of the Yamuna river and seat of Goddess Yamuna; Gangotri, the source of the Ganges river and seat of Goddess Ganga; Kedarnath, where a form of the Hindu God Shiva is acclaimed as one of the twelve jyotirlinga and this is the highest of the 12 Jyotirlingas – where Lord Shiva manifested himself in the form of light, it is the third of the four dhams and the holiest of all Hindu holy sites; and Badrinath, the seat of the Hindu God Vishnu. Experience the divinity and mysticism of these sacred shrines as we take you on a journey to ‘DevBhoomi’ (Abode of Gods), Uttarakhand.

Traditionally, the Chardhamyatra is undertaken from the west to the east. Thus, the yatra starts from Yamunotri, then proceeding to Gangotri and finally to Kedarnath and Badrinath. Moreover devotees also visit ‘Gurudwara Sri Hemkund Sahib Ji’ the pilgrimage site for the Sikhs, and are one of the highest located religious sites in the country. Thus, pilgrims visit all these places in aspiration of washing away their sins and to attain salvation by the blessings of the Lord and ensuring the release from the cycle of birth and death. The honor conferred on these places is not surprising. These are regarded as the most sacred of all Himalayan ranges. It is also said that heaven and earth converge in these holy spots, and to be born or die here is a boon only the very fortunate have. The Chardham must be visited from left to right -beginning with Yamunotri, going on to Gangotri, then Kedarnath and culminating the journey at Badrinath. This route follows the Hindu tradition of parikrama.

Neelkanth Mahadev Temple is a Hindu temple dedicated to Nilkanth, an aspect of Shiva. The temple is situated at a height of 1330 meters and is located about 60 km from Roorkee. Mythology states that Neelkanth Mahadev Temple has been built on that sacred point where Lord Shiva had consumed poison at that time of Samudra Manthan, which was churning of the ocean by Devtas (Gods) and Asuras (Demons). The poison was placed in his throat that turned blue to its effect, and thus Lord Shiva is also known as Neelkanth. The world ‘Neel’ means blue and the word ‘Kanth’ means throat. Devotees of Lord Shiva throng the temple in huge numbers, every year.

Haridwar is the gateway to Hhari or Lord Vishnu. Haridwar is considered as one of the seven holiest places according to Hindu mythology located 25 km from RC. The source of Ganga is at Gaumukh (the shape of the ice formation is like a cow’s mouth); the mighty river emerges from the depths of Gangotri glacier. The Gangotri glacier is situated at the height of 4255 meters above sea level and is approx 24 km in length and 7-8 km in width. Here the river is known as ‘Bhagirathi’ after King -Bhagirath. Rising in the icy caves of Gangotri glacier, the gushing , tossing and gurgling Bhagirathi starts its long journey downwards where later it joins river ‘Alaknanda’ and becomes ‘Ganga’. 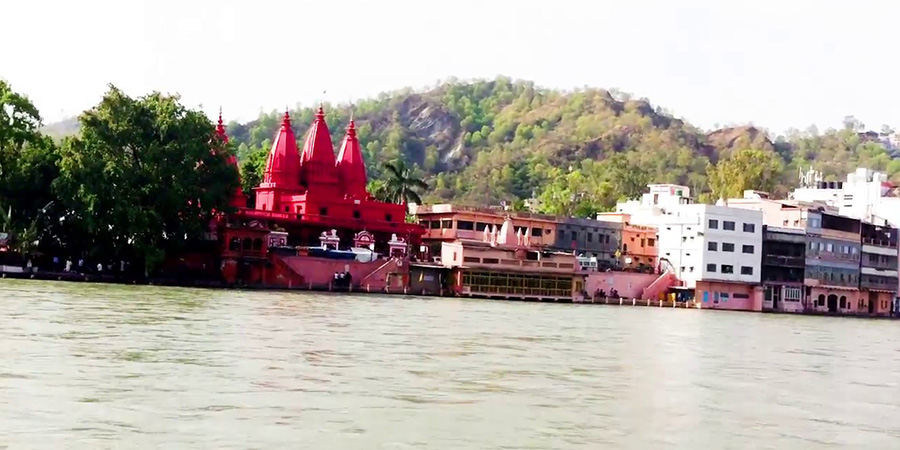 “RC situated in front of a quiet, panoramic location near the historic ‘Ganga’ just close to Haridwar the gate way of divine places. River ‘Ganga’ floats in fronts of college which spawn positive gesture in brain by which student are gainers of creativity.”

According to the legends, when the Gods left their footprints on the land of Haridwar, metaphorically they also left an indelible mark on the spiritual ethos of every Hindu – more so, the devout, who would later follow their holy paths, all across this blessed land. According to the Samudramanthan, Haridwar along with Ujjain, Nashik and Prayag (Allahabad) is one of four sites where drops of Amrit, the elixir of immortality, accidentally spilled over from pitcher while being carried by the celestial bird Garuda. This is manifested in the KumbhaMela, which is celebrated every 12 years in Haridwar. During the HaridwarKumbhMela, millions of pilgrims, devotees, and tourists congregate in Haridwar to perform ritualistic bathing on the banks of the river Ganges to wash away their sins to attain Moksha. Brahma Kund, the spot where the Amrit fell, is located at HarkiPauri (literally, “footsteps of the Lord”) and is considered to be the most sacred ghat of Haridwar. Haridwar, due to its geographical location stands as the gateway to the four pilgrimages of Uttrakhand. Mentioned as Mayapuri, Gangadwar, and Mokshadwar in the ancient scriptures and epics, Haridwar has always remained as a major Shaktipeeth for the devotees of such significance is Haridwar in the thought of India’s traditional Hindus that it has earned its sobriquet of honor, `the gateway to the Gods’.

PiranKaliyar is the dargah of 13th-century Sufi saint of Chishti Order, Alauddin Ali Ahmed SabirKalyari also known as SarkarSabir Pak and SabirKaliyari, situated at Kaliyar village, near Haridwar on the banks of Ganga Canal, 2 km. from RC, It is one of the most revered shrine for Muslims in India and is equally revered by Hindus and Muslims. PiranKaliyar is the symbol of unity among Hindu & Muslims which is visited by millions of devotees from all over the world.

Roorkee is a global leader in technical education because of its ability to attract highly accomplished students and scholars from around the world. Roorkee is spread over a flat terrain with the Himalayas to the east and north-east. Roorkee lies on the banks of historical Ganges canal. Roorkee Cantonment is known as one of the countries oldest and the headquarters of Bengal Engineer Group since 1853. RC situated in front of a quiet, panoramic location near the historic ‘Ganga’ just close to Haridwar the gate way of divine places.

Roorkee has the glorious distinction of being the fountainhead of engineering education in India. It is well known for its contribution in evolution of the modern technology by starting Roorkee College in 1847. Col. P.T. Causley, an officer in the British Army, was most instrumental in constructing the canal. According to Dept. of Hydrology, the canal still considered as a marvel of engineering in Asia, was built in 1853. Currently Roorkee is bejeweled by many premier institutions of international significance like Indian Institute of Technology,Roorkee (formerly known as Thomson College of Civil Engineering), Central Building Research Institute, Irrigation Research Institute,and NationalInstitute of Hydrology& Alternate Hydro Energy Centre among others. .

Roorkee is a beautiful city that comes under Haridwar district of Uttarakhand. The city lies on the banks of historical Ganges canal and well connected through Indian Railways and National Highway all near states like New Delhi, Uttar Pradesh, Haryana, Punjab, Himachal, Jammu & Kashmir etc. At the gateway of Haridwar and several other holy shrines of India like Haridwar, Rishikesh, Jim Corbett National Park, Mussoorie, Nainital, Kedarnath, Lansdowne, Ranikhet, Haldwani and many tourism places are etc. 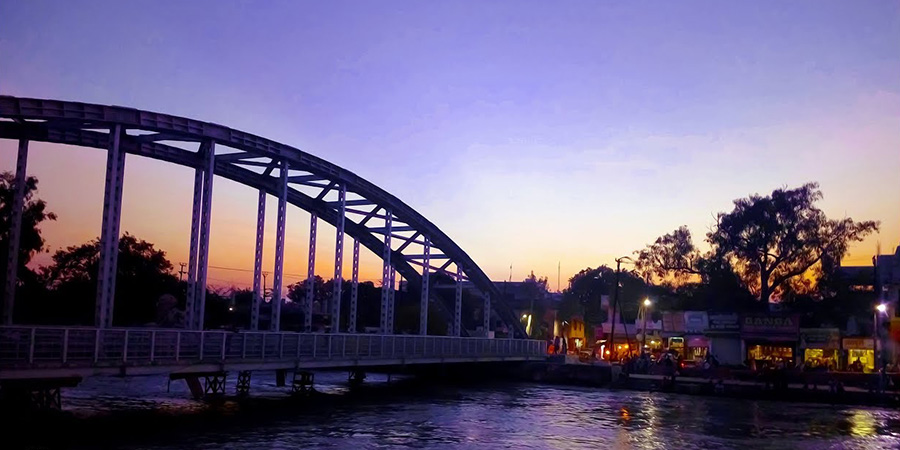